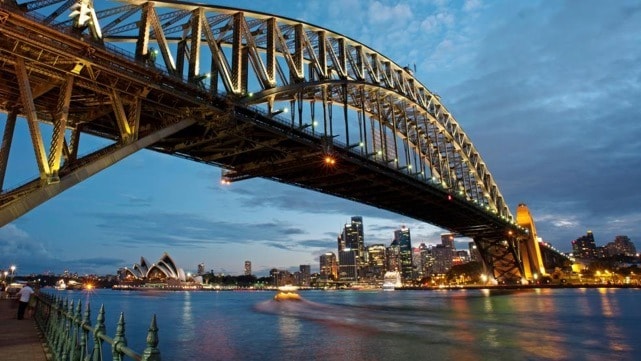 Australia is popularly known as the land of dreams. It boasts of staggering contrast and spectacular beauty that includes vast sand islands, vibrant multicultural cities, ancient rainforests and the Great Barrier Reef. It is the smallest continent in the world and also the biggest island. It is the size of the United States continent, but has a population the size of Los Angeles State. Austria is home to some of the most peculiar wildlife on the planet and is full of surprises for new tourists from overseas. Here are 10 things that are sure to surprise first-time tourists in Australia:

The Harbour Bridge along with the Opera House is one of Australia’s most iconic infrastructures. This is the largest steel arch bridge in the world. Rising above 134m, the harbour connects Sydney’s north shore to the central business district. It spans 500 m, and it includes eight lanes for traffic flow, two railway lines, and a pedestrian path. One of the most exciting things visitors can do is to go to the top of the bridge to enjoy spectacular views of the harbour and the city.

Image with courtesy from Canvas Factory

Another thing that new tourists find strange in Australia is their plug sockets which are neither like the American, European nor British ones. Australians have acquired their own plug sockets that are kind of similar to the American ones except that the shape slouches inwards.

Did you know that a male kangaroo is called a buck, a female one, doe, and a baby Joey? In Australia alone, there are over 47 varieties of kangaroo. The eastern kangaroos are larger and tougher looking than the western ones, which are known as the forester. The red kangaroos are the largest marsupials in the world, and they usually move in groups. 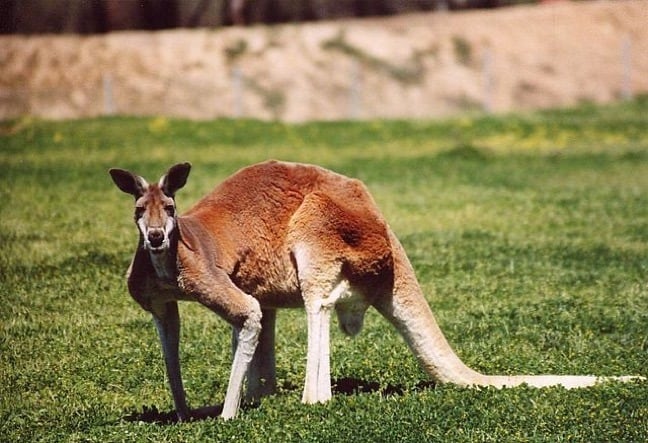 Image with courtesy from Wikimedia Commons

Although Australia boasts of lively cities, it is also known for its unique vast distances of nothingness between major cities and massive tracts of disparate and sprawling remote communities. Not only are the spaces between the major towns bigger than those in Europe or the US, but there are also far fewer towns in between them. You are likely to feel like you are in the middle of nowhere once you step outside of a major city.

Image with courtesy from Pixabay

5. There is no standard Australian accent

As with any big country, you will always find a variation in accents between the states and even a different vocabulary. Australia is no different. This country has a lot of different accents and vocabularies. For instance, swimmers, togs, cossies and bathers are all different words that are used to refer to a swimming costume.

6. There is no tipping culture

The tipping culture in Australia may be a little confusing for visitors, especially from the U.S. Unlike America where tipping is obligatory, in Australia, there are no hard and fast rules on tipping. Tipping is purely voluntary since the servers receive a liveable minimum wage. You only tip if you want to and not because you are obliged to.

Australia’s culture is broad and diverse. So, do not be surprised when you meet people with different cultures in the park or the city. Australia’s multiculturalism is reflected in their immigration policies the prohibition against discrimination, and equality before the law for all persons which all promote diversity.

For being such an advanced country, it could be classified as a bit backward when it comes to the internet. In Australia monthly internet packages are widely dependent on Gigabytes of usage. This often results in very few points offering free Wi-Fi for travellers to connect. Things are slowing turning around however as more hotspots

In most Aussie restaurants, it is common for people to come with their own bottles of wine or beers in exchange for a small corkage fee to enjoy their meals. BYO essentially means you can bring your own bottle of wine for a couple of quid. Although it is not a universal policy, and it does not happen in fancy restaurants, it is quite admirably prevalent.

10. There is no standard Australian accent

As with any big country, you will always find a variation in accents between the states and even a different vocabulary. Australia is no different. This country has a lot of different accents and vocabularies. For instance, swimmers, togs, cossies and bathers are all different words that are used to refer to a swimming costume.