On my way back from a three week trip in Panama I bought a new flight direct to Miami. Not just for cheap city breaks, Miami is a standout city in its own right. The purpose of the trip was to visit my buddy Jeremy of http://www.theworldorbust.com/. We actually first met in middle school but did not realize how much we had in common until we had a chance meeting in Medellin

, Colombia. While drinking a beer at the Casa Kiwi hostel I noticed his familiar face and from that point on we have been in touch often.

After picking me up from the Miami International airport we drove just minutes to his South Beach condo. Just blocks from the actual beach I cannot think of a better location for a 20-something year old. He showed me around the area as we walked down Espanola Way to get some frozen yogurt. If you ever visited the greater Miami area you will understand how trendy the do-it-yourself frozen yogurt buffet style shops really have become. 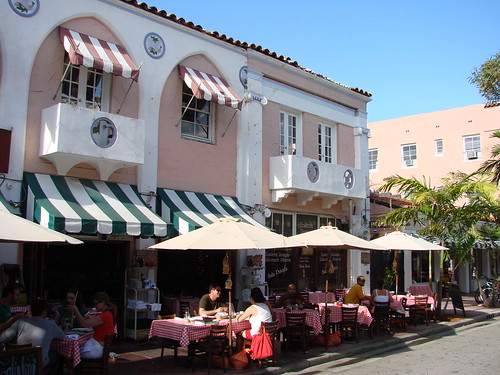 art gallery. Once inside a beautiful Sales Associate began showing us around. 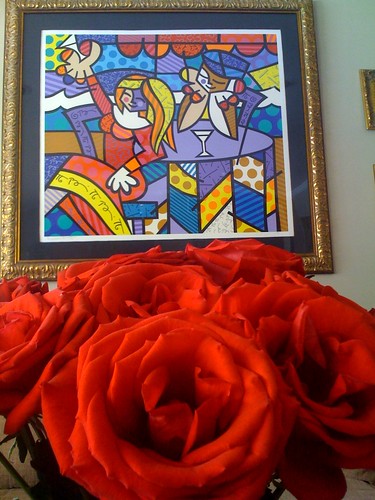 We somehow got on a side topic discovering that when she was a model in Colombia Shakira actually worked as a backup dancer for her, or something like that.

The other highlight was renting a bicycle and driving around the sea, until we finally reached a bar inside of a hostel. 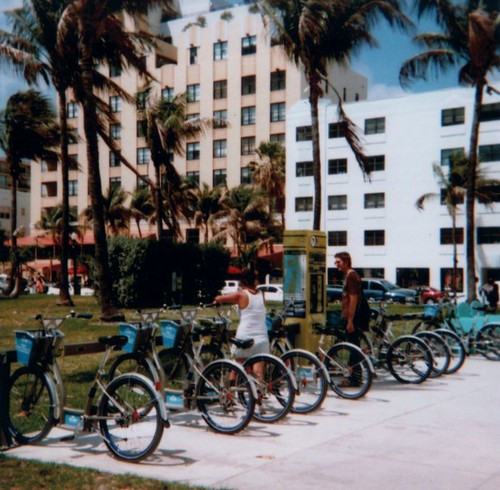 I don’t remember much after that (all those drinks) to be honest.