It’s amazing how many expatriate Americans are living in Panama. Yes, there are the many American backpackers and gap year students who are passing through on the Gringo trail, but there are also many of Americans who came here for one reason or another, and just never left. Panama is emerging as a retirement destination for many Americans, and a big reason for that is the fact that Panama uses the American dollar as its currency. But there are even more Americans, young and old, who seem to be just kind of chilling for the medium-term in Panama. Having a boat, of course, helps.

Why do people, specifically Americans, go to Panama? I was having this discussion with four Americans at a floating bar that the American bartender/owner had bought a few years before. (There was nobody else in the bar at the time.) The one American who was staying in Panama for “as long as they’ll have me” was asked why he was staying in Panama. His answer: “To get away from y’all.” Fair enough, but I don’t think Panama is the place to escape from Americans. 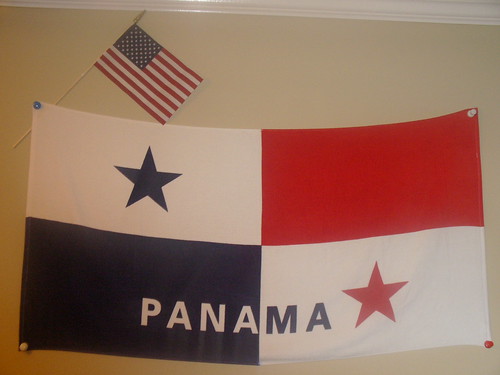 Americans have been meddling in Panama since before it was a country. Hell, Panama is only a country today, and not part of Colombia, because Americans wanted to build the Panama canal. So they encouraged (and funded) a Panamanian uprising so they could choose who they negotiated with. Then they built the canal, and kept a military presence there for the entire twentieth century. Panama is a great place to stay for the long term, but just don’t think you’re the first to think of it.