One reason why I am taking off a semester here in the U.S. and studying in a foreign country as opposed to doing a “study abroad program is because of things like this:

The following two quotes are from students participating in study abroad programs.

“I arrived this afternoon at 1 and met the study abroad people at the airport who helped us get taxis to our apartments. my host mother lives by herself with a maid that she has had for 30 years. she moved here from germany shortly after the war she said and the apartment is really nice. she has a really nice balcony complete with an 18 year old pet turtle.

thats about all i have for now, today i just have to sit around and wait and sleep, she was given instructions not to let me go out and i cant get a wireless connection on my computer so i guess ill just have to leave it at that. we start orientation in the morning at 11 and that will last pretty much the next week and half so hopefully by next time ill have plenty of pictures.”

No thank you. I would prefer not to live with a lonely middle aged women with a turtle. Even worse, the study abroad program is grounding its participants like 10 year olds. Where do they think their students are? Afghanistan?

Or how about this anecdote from another American studying in Buenos Aires.

“So we are 6 American girls, ready to go out, all of a sudden we find ourselves mostly out of sight from the bustling restaurant area. The street was dark and fairly empty. There were a few sketchy people around, but we held on tight to our purses and to each other because we knew we were almost close to the party. I was walking a few paces ahead of the group with another girl and I heard Amanda scream. Then I heard a man scream and saw him bolt away from us, laughing and screaming. At first I thought he molested her or something, but then I realized, as she did too, that he had stolen her Marc Jacobs clutch…which held her camera, credit cards, cell phone, drivers lisence, ATM/credit card, insurance card, and just 100 pesos.” 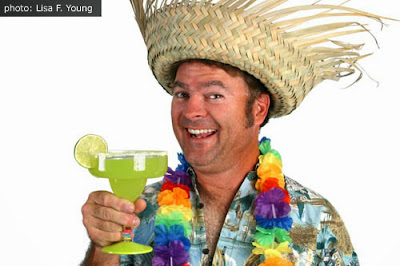 Besides, I will be saving over $8,000 in just tuition alone.