Big Fun in a Big State

In the only state that was ever an independent country

, Texas culture differs from the rest of America’s.  We all know that everything is bigger in Texas, which also applies to the personalities of the residents. 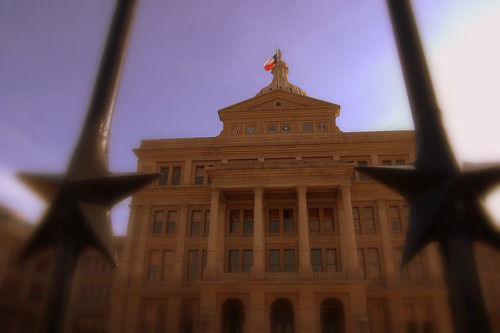 Residents of the Lone Star State are descended from the stock that remembered the Alamo in battle, herded thousands of head of cattle across arid plains, and stood independent of all other nations for a time.  They have a fierce drive to stand alone politically and economically – a desire for freedom that grew from wildcatting oilmen battling for the next barrel to a free-for-all in the modern electrical market that has various Texas Power Companies

going head-to-head for your meter.

That indomitable spirit drives competition in everything Texans do.  Duking it out and earning what you get is prized, whether it’s on a high school grid iron on Friday night or in front of a barbecue pit.

Texas is a place for competition, no doubt about it, and there is plenty of competition for your travel attention.

If it’s Dallas, San Antonio, Austin or Houston that has your attention, stick a yellow rose in a vase and look at opportunities to hit the dusty highways of Texas.  You’ll find attractions and events to suit every traveler’s interests.

If music is your thing, hold your breath until you’ve thought of ten country music stars who hail from Texas.  You didn’t even turn red, did you?  Texas will always be the scorching hot home of legends like Willie Nelson and new acts like the Eli Young Band.

to see the top names perform at a top festival.  It encompasses many genres of music, so don’t buy cowboy boots if you don’t already have them.

After kicking up your heels at the festival, you need to replenish your strength.  Strenuous exercise like dancing calls for meat.  Lots and lots of spicy, smoky meat.  As a matter of fact, that’s a good idea even if you’ve never done one darn two-step in your life.

if it’s wood-fired fare you’re craving.  This amazing destination meanders through four Austin-area towns that are home too crazy-good barbecue restaurants.  You’ll see the legendary Louie Mueller’s in Taylor, Texas; make a stop at Elgin, the Sausage Capital of Texas; and see the handiwork of a 40-year pitmaster at City Market in Luling.

Hungry yet?  You bet you are.

Use That Big Sky

The aviation junkie will find big fun in Texas too.  The Wings Over Houston Air Show

takes place in the Astros’ hometown each fall and features unique airplanes and amazing maneuvers, including reenactments of the cinematic Tora! Tora! Tora! attack on Pearl Harbor.  You’ll leave with a crick in your neck…and a pounding heart.

The American southwest is an amazing destination.  If you want a challenge of your own, try finding a way to top a Texas road trip like this without crossing a state line.  Pack your bags, read up on maneuvering around highway armadillos, and find your way to the banks of the Rio Grande.