Biodynamic is the New Organic

As someone who is getting more and more interested in wine, mainly because wines are everywhere and they also tell a story about the place they are from, I was fascinated when my friend from California swore that Sonoma Biodynamic Wine

is his favorite. I was mainly fascinated by this because I didn’t know what biodynamic wine was, in fact the name made me laugh because it made me think of scientists in a lab somewhere creating wine out of Franken-grapes. My friend, being from California and all, is a very organic dude, so I was surprised when he swore by something other than his beloved organic wines. In fact, I questioned his commitment to saving the planet. I told him he would be driving a Hummer soon enough, and probably starting fires with hairspray, lighters, and Styrofoam.  But it turned out I was completely off. Biodynamic wine is actually a next level environmental product, and to be certified biodynamic is way harder than being certified Organic. This normally wouldn’t mean that much to me one way or another….except that the biodynamic wines I tried from Sonoma were amazing. 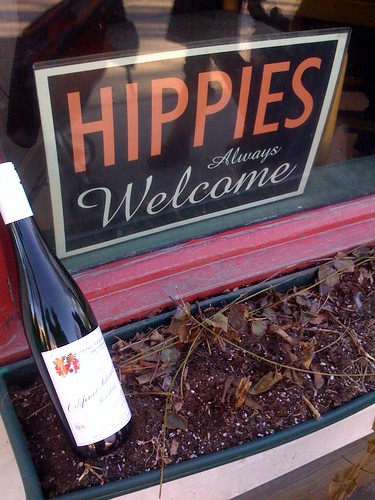 Biodynamism was invented by Rudolf Steiner, who also invented the Waldorf school model. So, yeah, outside of Jerry Garcia, nobody has better hippy credentials. Biodynamism is a way of running a farm as one ecological being. It requires using nine biodynamic preparations, which include burying cow manure in horns over the winter and grinding it with quartz that has been similarly buried, among many other preparations.  It requires a crazy amount of care and attention to detail. I’m glad somebody else is doing it, and that I get to drink the wine that comes from it.