Chao, I Have To Go Now: Adios Colombia

After carnaval in Barranquilla I flew back to Bogotá with a bunch of staff from RCN (cameramen beautiful newscasters, etc.), Colombia’s biggest news network.

A few days later I was off to Argentina. The hours before leaving Colombia belonged on a movie set. Darkness at 6PM, Pouring rain, and me wandering the streets with all of my possessions for an hour getting soaked. There were absolutely no taxis available in the street with anyone who would normally walk home from work taking a taxi because of the storm.
I was freaking out. I could feel myself about to miss my expensive flight to Argentina. I eventually took refuge in a pharmacy and begged the woman behind the counter to call me a taxi. I waited, and waited. She called again when the taxi had not arrived after 15 minutes of waiting. She could see my desperation and I finally ran out into the street when a taxi finally stopped in front of the pharmacy.

I could not have lucked out with a better driver. This guy was insane! I told him my situation about having a flight in an hour and we dodged rush hour traffic for the next half hour until we reached El Dorado airport. Incidentally, i gave him a big tip in US$ when I realized I did not have enough Colombian pesos to pay him. But that tip was well deserved.

I arrived at the airport nervous and drenched. Drenched because of the rain and nervous because I was now about to go through Colombian security. I’m a good guy. I don’t do drugs or have any reason to feel nervous. But for some irrational reason my heart pumps a little faster as I go through the 4 or 5 security checkpoints before boarding my flight. 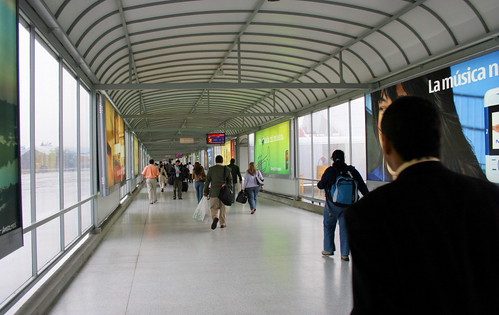 Something to keep in mind is that usually, you get what you pay for. My really cheap flight with Argentina’s nearly bankrupt national airline meant that my window seat had no window! Except for the plane straight from the 1970’s the flight was alright.

I arrived in Buenos Aires the next morning and began the next part of my journey in South America. 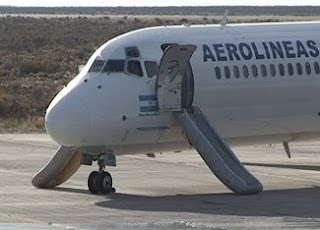 That is, a semester of classes at the University of Belgrano in Buenos Aires.