Halt! The Royal Canadian Mounted Police is requesting men and women of all ages to and nationalities to help the nation of Canada with a matter of the utmost importance. It seems that the nation of Canada is dangerously close to losing some of its natural treasures. The world is rapidly increasing in temperature, and stable climates for generations are starting to show signs of uncharacteristic activity.

Canada is one of the greatest winter locations in the world. From snowboarding, and skiing resorts to the majestic scenery from Quebec to Saskatchewan, the great people of Canada need your help in appreciating this arctic wonderland before it’s too late. The Mounted Police are looking for travelers who are looking for a grand adventure, and who don’t mind trying to balance communicating with French speaking and English speaking Canadians alike.

The Queen is occupied with the current Olympics games in London, but she wishes not to see her favorite colony turned country turn into an under appreciated tourist destination. Canada hasn’t seen a crisis like this since the brief, but vicious war with the United States back in the year of 1999.

You may remember that war as the Canadian celebrities Terrence and Phillip were taken hostage against the M.A.C organization (Mothers Against Canada). That was a time of darkness for Canadian and Americans alike as former friendly neighbors clashed in a war focused on limiting potty mouth language, and flatulent comedic material.

The great nation of Canada needs you to come see this beautiful winter sights before it’s too late. Make the Queen proud, and check the last minute deals offers on Air Canada Vacations! 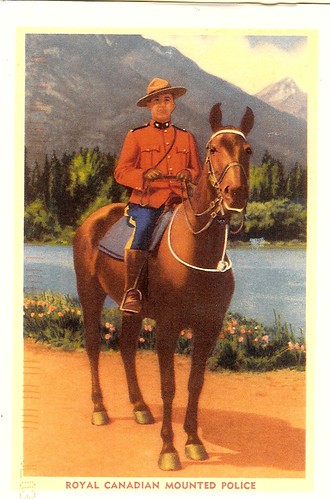