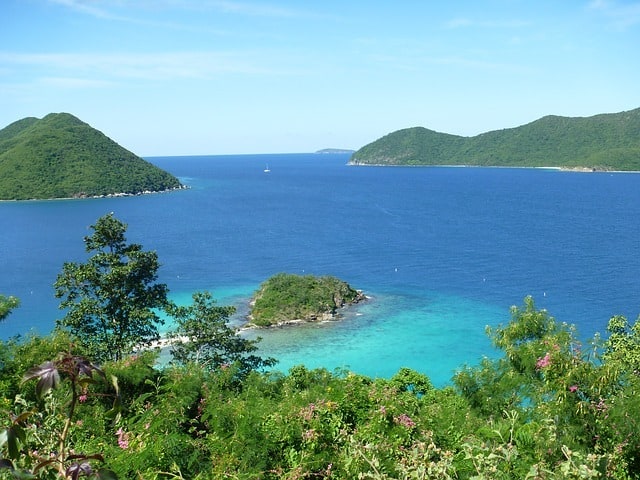 I was tired of the 9-5 daily grind. I’d had enough of bosses breathing down my neck and after nearly 25 years in the medical field, I quit my job to travel the world. I told my wife to pack her stuff; we were going on a lifelong adventure. I didn’t have to ask her twice. She was tired of the drama in her advertising company.

We knew that we wanted to spend time traveling the world, but we didn’t know where to start. We settled on Costa Rica as our first destination. Travelocity.com

has been a huge help in finding accommodations and flights. We could have never made it without this site. So many people couldn’t understand why we would select this rugged, rainforested Central American country, but we knew it was heaven on earth from the minute we stepped off the plane.

We landed in the Bahía Ballena de Oro District of Dominical

. It is a beach-front town that is about 45 minutes south of Quepos. It is a hot spot for tourists due to the extensive waves that roll in year round. There are some much-commercialized spots, but we prefer to take the off-road approach.

Our goal was to experience life here as the locals did; we weren’t interested in living as tourists. Since it is a small fishing village, we wanted to fish for our meals. We engaged with many of the locals, what a fascinating experience that was. We made lifelong friends along the shores edge, and some who taught us many things about living and working on the land.

It’s a third world country, although the beauty is magnificent. The language mostly spoken is Spanish, so we brushed up our high school knowledge and communicate as best we could. We were surprised by how warm and friendly the locals were. They embrace tourism and this is a very poor country. Like most areas, there are some parts that are more affluent than others.

We wandered beyond the borders of Dominical to San José. The Arenal Volcano was just breathtaking. To see the smoke pour from the top of the mountainous hill was mesmerizing. It is located in the La Fortuna area, and the last time it erupted was in 2010. I can remember just standing there in awe of Mother Nature and the power behind these forces.

is the most active, but there are five others who are considered active too. The country has 61 that are inactive. These inactive mountains can return to an active status at any time. Over 200 volcanic centers have been identified in this area, no wonder it is dubbed the “land born of volcanoes.”

Some of the beaches in Dominical are perfect for surfing, with waves reaching up to 10 feet high

. However, swimming in those kinds of conditions is not so good. There are much better beaches for swimming and sunbathing than in this area.

My experience in Costa Rica was amazing. I learned that life really doesn’t have to go 100 miles per hour. People do stop and smell the roses, and any tropical flower they can find. The natives are never too busy to stop and chat with the tourists or other locals. It’s just a little piece of heaven on earth.