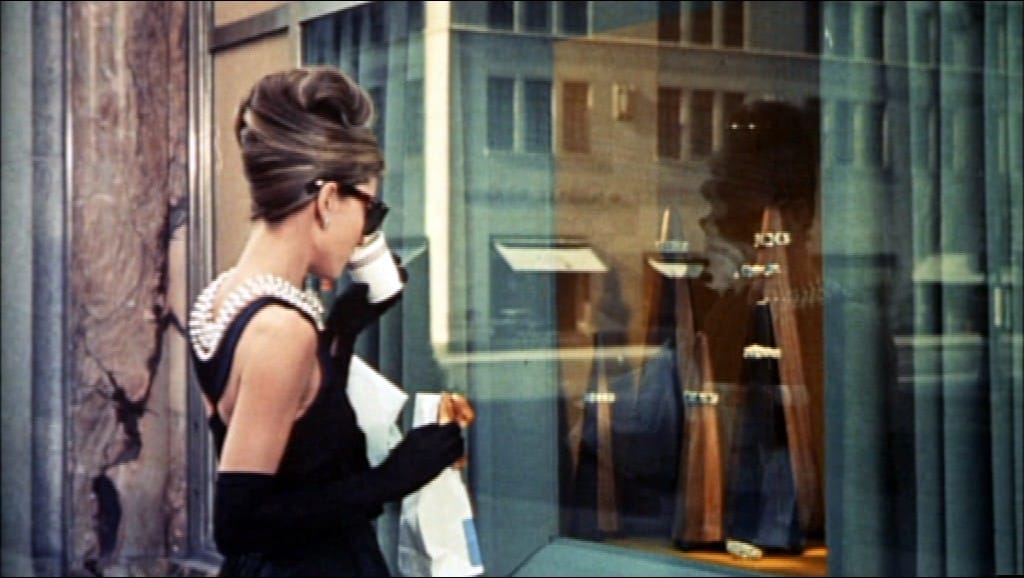 Exploring Some of The Most Popular Filming Locations Around The World

Film buffs should not focus solely on Hollywood. There are hundreds of amazing film locations all around the globe that have been used for everything from fantasy worlds to swashbuckling blockbusters. You can even tour these sites, get the real-life lowdown, or throw yourself into a historical re-enactment.

It’s hard not to visit iconic cities such as New York, San Francisco, Rome, Paris or London without seeing film locations everywhere one goes. The Statue of Liberty, Tiffany’s in New York (Breakfast at Tiffany’s), Beverly Hills (Pretty Woman), the Golden Gate Bridge; and who would have guessed 40 years ago that the 68 steps of the Philadelphia Museum of Art jogged up by Sylvester Stallone in Rocky would have become almost as popular a tourist attraction for the city as the Liberty Bell?

Cleveland, Ohio never looked as good as when Iron Man, the Hulk, Thor, and Captain America teamed up to stop Loki in the superhero epic, The Avengers. It was meant to be the Battle of New York, but this is definitely downtown Cleveland, folks. 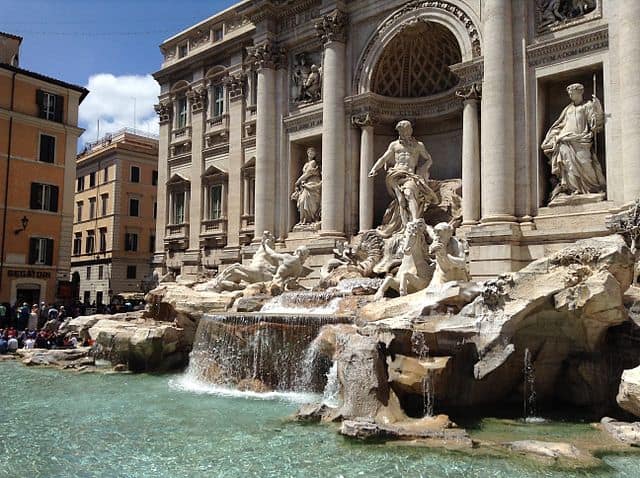 . You won’t get permission to jump into the fountain, however, like the stars of that movie did. Another iconic 1960’s film setting is Los Angeles’ Griffith Observatory, the setting for some of the most moving scenes in Rebel Without a Cause, and where a bust of Dean now stands in the observatory’s grounds.

After you’ve tried running into the walled arch between platforms 4 and 5 at London’s Kings Cross Station – the real platform 9¾ of the Harry Potter films, from where one takes the Hogwarts’ Express – visit Christchurch College in Oxford, the real Hogwart’s School of Witchcraft. Its wood-paneled great hall, 400 year-old staircases and bizarre quadrangles invite the visitor to get lost and try to conjure your way back. 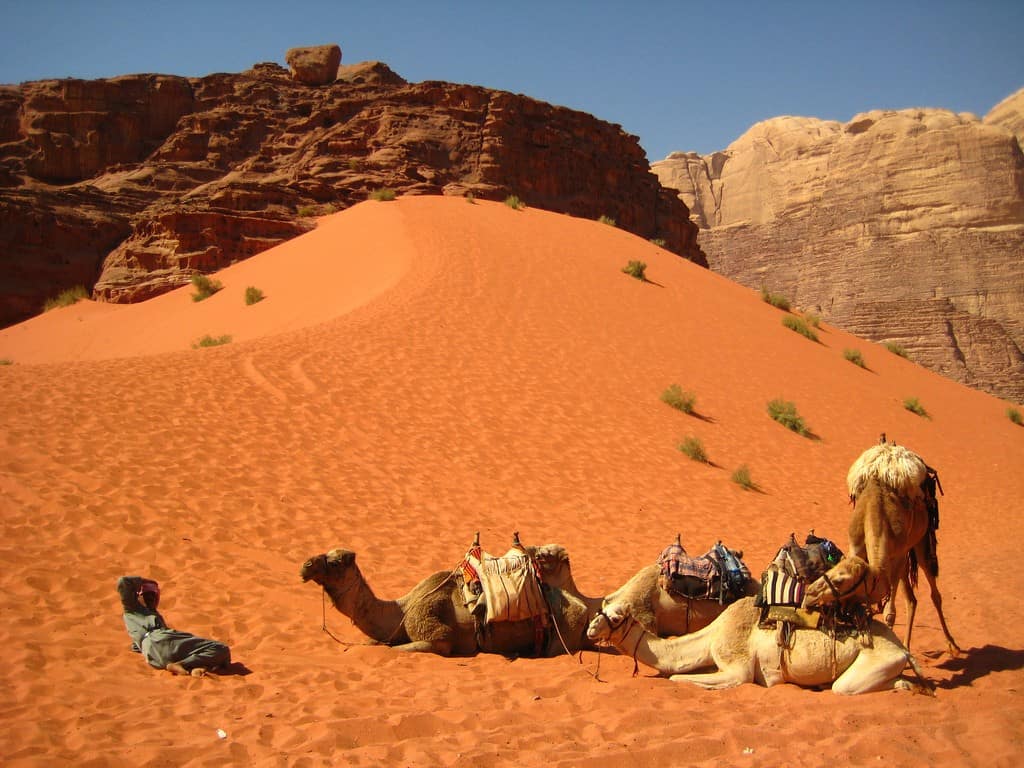 This jaw-dropping desert landscape has been known for decades as the backdrop to the 1962 classic, Lawrence of Arabia – but has been used less literally in more recent years as the Mars set of Red Planet as well as for Transformers: Revenge of the Fallen. It’s hard not to be inspired or imagine alien landings: the 4,000 year-old rock formations are known as the Seven Pillars of Wisdom.

The Hunger Games are pure sci-fi, but the filming location can be found by simple earth dwellers. The games take place within the magnificent pine forests of Dupont State Forest in North Carolina. Cameron’s 2009 blockbuster Avatar, meanwhile, depicts a blue-skinned race of tall, elf-like creatures in their forest habitat. It’s true there was a ton of CGI, but the rain forests of Hawaii are about as close as any Avatar fan will get in this reality.

Lord of the Rings’ ‘Shire’ is in fact Hinuera Valley in Waikato on New Zealand’s North Island. ‘Hobbiton’ was built here as a film set. Quaint thatched cottages and rolling meadows – and where Tolkien fans pay homage by running around pretending to be hobbits.

Romania – a must for any Dracula fans

No true Dracula fan can avoid tracking down the true location of Transylvania, believed to be a part of what is now Romania. Every year, approximately 250,000 tourists visit Bran Castle, now a museum open to the public in Romania’s spooky Carpathian Mountains.

The Asian island locations of The Beach 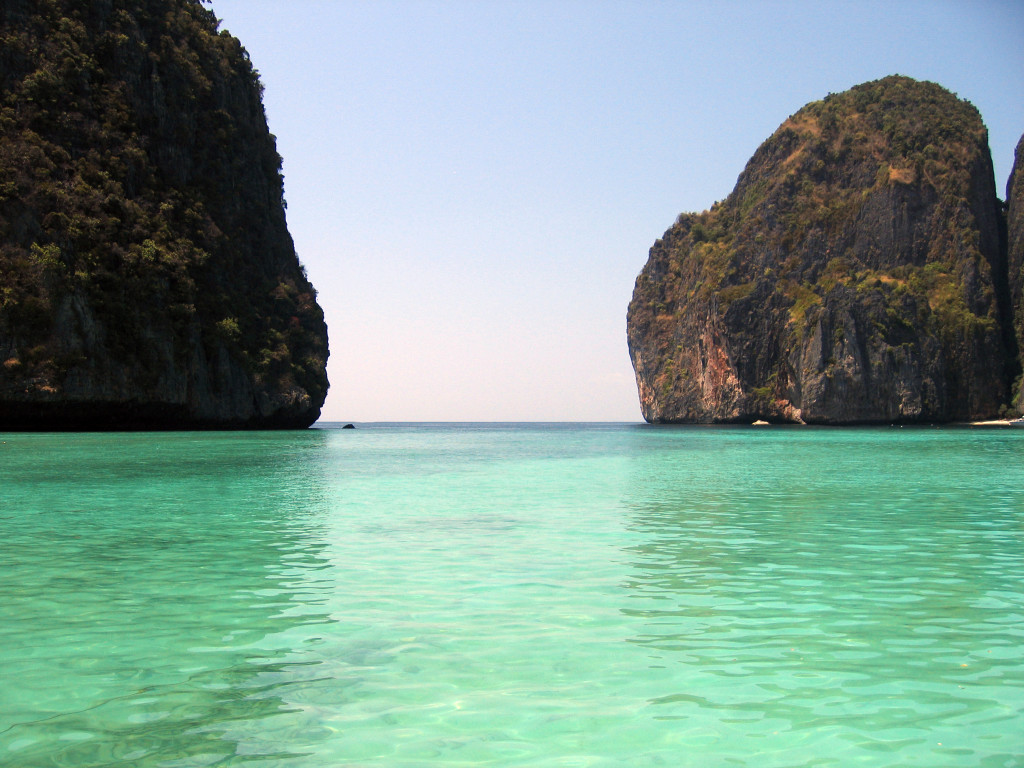 After Leonardo DiCaprio’s big screen success with The Beach, many tourists began to seek out the secret, perfect beach spot for themselves. The actual location? Ko Phi Phi Leh in Thailand. When visitors began to flock here in the months immediately after the film’s release, there were environmental concerns about the impact of such a sudden increase in tourism. Still, it’s hard not to be bewitched by the white sand and translucent waters.