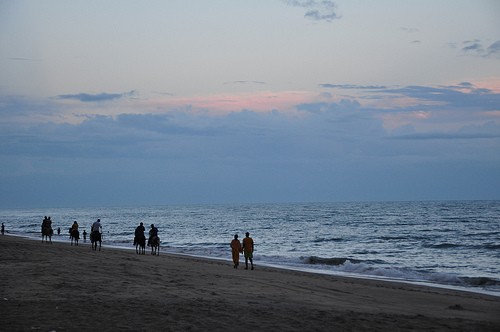 Goa has a rich architectural heritage and it is an area that attracts tourists from across the globe. These treasures date back beyond the state’s Portuguese occupation, and visiting them adds another element to a vacation here, rather than restricting yourself to the glorious beaches.

Before the Portuguese came to the area in the early 16th century, Old Goa was a bustling city. The many structures from this era are no longer standing, apart from what remains of the gateway to the palace of Adil Shah

. Old Goa is now a UNESCO World Heritage Site and visitors have the opportunity to glimpse what live would once have been like in the city. Some of the buildings are still used today, whereas others are now museums. There are also many churches to admire from the different congregations, including the Church of St Francis of Assisi and Se Cathedral.

The Northern region of Goa is a fascinating place to visit for those who want to explore the history of the state further. Nanus Fort in the Sattari region is set within a forest. The ruins date back to the 17th century, when it was used as a base for a local tribe in their fight against the Portuguese. Divar is a river island in the area and popular with Hindu pilgrims. Fort Naroa was built by the Muslims and then abandoned after the Portuguese reign. The ruins are still a fascinating architectural site and there is a stunning Baroque church within it.

Goa has many different accommodation choices, depending on your budget and the area that you want to be based in. For a more authentic experience, you should search for local hotels or WorldEscape apartments in Goa

, which you’ll find in the main tourist areas. These give you the chance to sample life as the locals would and provide you with more freedom than some of the major hotels. There are many historical settings to stay in that have been fully restored to their original splendor and provide all the features and amenities that modern tourists are seeking.

October to January is the peak tourist season in Goa. If you want to travel at these times of the year it’s best to book in advance to guarantee the accommodation you want or alternatively you can travel outside of the main season. From April to September it is the rainy season and many of the tourist sites along the beaches are shut.

You’ll find a number of festivities

spread throughout the year, giving you the opportunity to experience the celebrations with the locals. This includes Independence Day in August, Diwali which falls in October or November and varies according to the moon’s cycle, and the Carnival in February or March, which is a three day celebration and one of the state’s biggest events.

Goa has so much more on offer to tourists than just the stunning beaches. It has a wonderfully rich and varied cultural history, which gives you an idea of what life throughout the generations was really like.