Five Things to Know Before Your First Trip to NYC

Heading to the Big Apple for the first time can be simultaneously exciting and slightly overwhelming. There is so much to see and do in New York City that often travelers focus so much on planning their itinerary that they overlook some tidbits about what to expect when they get into town. What follows are a collection of tips that are guaranteed to save some of your hard-earned cash, and eliminate some of the hassle or surprise that may accompany a first-time visit to New York City.

1. Don’t pay full price for Broadway show tickets. Seeing a Broadway show is one of the definitive New York City activities, but don’t get suckered into paying full price for a ticket. There are tons of great websites and newsletters devoted to tracking down the ultimate deals and discounts on the best Broadway shows. Some of the shows can really get pricey, especially if there is an A-list celebrity starring in the performance. Whether you want to see a classic musical, thought-provoking new play or a comedy show tickets can be located that are significantly lower than the list price when you find them online. This way you’ll have some extra cash in your pocket to spend on all of delicious New York restaurants and must-see attractions. 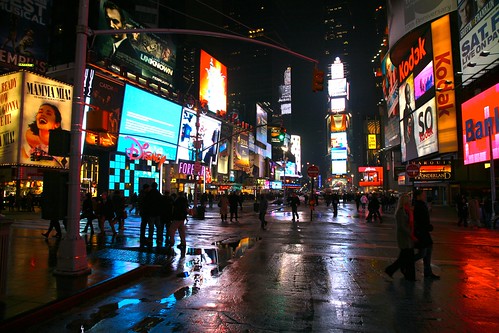 2. Be Ready to Move Fast. New York City is notorious for its face pace, so it is a good idea to know what to expect when out walking the busy New York City streets. New Yorkers have a no-nonsense attitude and a purposeful stride that can seem intense to out of towners, but as long as you keep certain New York City sidewalk etiquette in mind walking is a great way to explore the city. Locals will be moving at a speedy pace, so don’t be that person who stops in the middle of the sidewalk to consult their map or iphone. Despite the myth to the contrary, New Yorkers are often friendly and are accustomed to tourists, so if you really are lost ask someone for directions rather than holding up traffic on the sidewalk. Times Square

is a place where things move fast, but there are plenty of places to step back, take pictures and people watch among the rest of the tourists in town. When things get too busy for you, there’s always the tranquil Central Park where you can unwind and relax in between sightseeing.

3. Shop for Bargains. Another thing to keep in mind is that even though New York City has a reputation as a very expensive city, there is no need to pay full-price for things. Bargain-hunting in New York City is surprisingly easy, as there are always a slew of sample sales ongoing in the Big Apple. As long as you’re prepared to face some crowds and some rather dedicated women also in search of the optimal discounts, these designer sales are worth investigating. A sample sale is where high-end designers mark their merchandise way down, often to crazy prices at 70% off or more. Consult the various websites that keep tabs on the best sales going on in the city, or even download an app like the New York Chic App which points out the best sample sales on a virtual map and can help you sort through the top choices. Chinatown is also a wonderful destination for cheap souvenirs, affordable meals and other discounted merchandise for tourists to check out.

4. Take the Subway. Some tourists have the misconception that the New York City subway is scary and intimidating to navigate, and therefore waste a lot of money on taking cabs to all of their destinations. The metro system is actually pretty straightforward, and is almost an attraction in itself. Agents pass out free subway maps at the stations, and there is usually someone on hand to help with any sorts of questions that might come up about how to get from point A to point B. Even if you aren’t able to track down someone who works at the station, locals are usually fine with offering directions. Some basic knowledge to keep in mind is that “uptown” is usually the north of Manhattan and “downtown” is to the south; this will help orient you as to your location in a general sense. Do take note if you have hopped on an express train or not, as these subways will only stop at select stations (marked with a white dot) rather than the whole line. 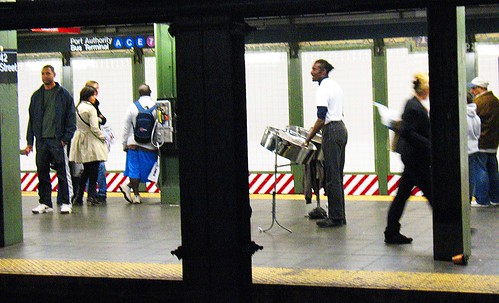 5. You Don’t Have to Settle for a Hotel on the Outskirts. Many people think when they come to the expensive city of New York that they need to stay far away from the popular areas that house most of the attractions, landmarks and crowds. This is not true. You can easily find a NYC hotel for an affordable price, because most hotels offer deals and packages that make your room way cheaper than you could ever imagine. The best way to find the right hotel for you is to choose all the must-see attractions on your list, and pick a place convenient to as many of them as you can. Once you choose the best NYC neighborhood for your trip, find a New York City Hotel

in that neighborhood that offers deals. Many hotels offer discounted rooms when you book online, as well as package deals that help you save on the room and all the nearby attractions, from museums to sightseeing tours to dining for the whole family.

The best things to do in New York City is plan ahead, making a list of all of your top things to do beforehand so that you have plenty of time (and money when you snag the deals) to do it all!