I think the excitement went to my head since I made some bonehead moves. I power walked (hehe) back to my apartment with the recommendation letter in order to gather the rest of the documents I prepared for the application. As I did a final look over, I realized that my 2×2 inch passport photos are not the 4×4 photo the application requires.

I ripped off my hoodie and put on a shirt and tie. I revved up my legs and power walked it in an October snowstorm to Riteaid to get the 4×4 photo. Then Cvs. Then Kinkos. Then the Copy Shop. Then the Post Office. None of the places are suited to take a 4×4 photo. What a nightmare.

It was only then that I realized only America thinks in inches and they really meant a 4×4 cm photo. At this point I was near one of my classes where an assignment was due. I took the elevator to the 11th floor where I would place the paper in my professor’s mail box, only to run into another professor whose class started 10 minutes later. My plans to skip her classes ended at the moment and my application was put on hold until an hour later.

The class ends and I exit the building only to realize that I left my MP3 player in class. Of course it was not where I though I left it.

I power walked it back to my apartment with only 30 minutes left until the post office closed for the day. I fumbled with my drawer as I pulled out my passport holder containing a few extra passport sized photos. At this point, having eaten nothing and drinking just a few sips of water I was shaking and desperate to finish.

Screw it! I grabbed two passport sized photos and placed them in the envelope along with the rest of my application. Until that moment, I somehow rationalized in my head that the University would reject me for being an idiot unable to follow simple directions (correct sized photo). But really, if they reject me for that then something is…messed up?

I made it to the post office with 10 minutes to spare. Lucky me, my post office enemy was the one to ring me up. For the past two years this 50+ year old slightly balding man with a tick who follows the rules to a T, has given me hell. He even prohibited me from using paper envelopes.

Back to the point, i handed over the letter and he chose airmail for me, costing less than $2. I asked about the other option, registered mail but it cost $25. Not thinking clearly, i allowed him to proceed with the transaction.

Only after leaving the post office did I realize but a risky choice airmail is. I am sending an important application that needs to get there on time. There is a deadline for the application. The mail service in developing countries is often pretty unreliable. I would have been far better off with registered mail which provided tracking information.

Since Wednesday, all I have been able to think about is the worst. What if my application does not get there?!?! Ahhh!

Now I realize I am completely overreacting and in all liklihood it will get there with no problem. But it’s pretty difficult not to worry when the next 8 months which I am really looking forward to depend on this letter I sent.

My plan of action is to phone the University next thursday when the application should have arrived the following monday, October 10th.

I am supposed to receive a decision of whether I am accepted within a week of them receiving the application. I am so excited! 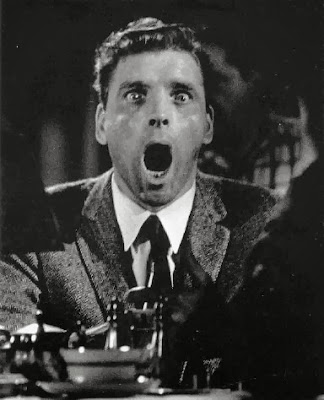 And before I forget, I found my MP3 player sitting on my dresser. Shows what an excited mess I was that day.