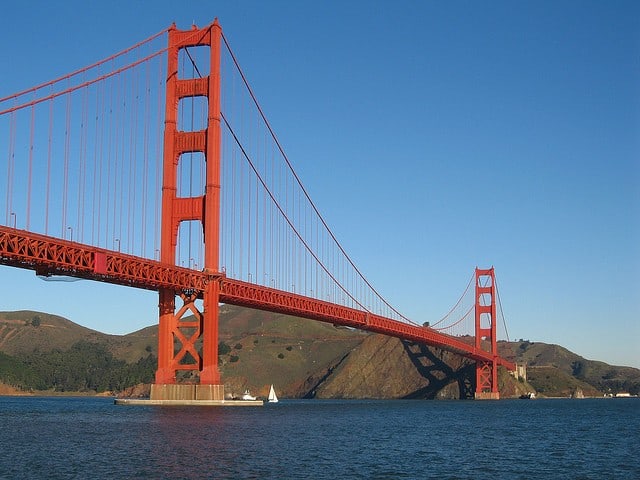 Soaring into the cobalt blue sky of San Francisco, the Golden Gate Bridge

glints reddish gold against the sun. It is a truly spectacular sight, and for many the highlight of their trip to San Francisco

The three mile long suspension bridge was opened in 1937 and at the time was the longest suspension bridge in the world, a title that it held for almost three decades until 1964. It solved the problem of linking the city to Marin County without the need for ferries and was revolutionary in its scope and construction. Before it was built, many experts said it would not be possible to build, due to the vast expanse as well as the strong tides and currents, deep water, fierce winds and blinding fogs. But against all odds, the bridge, with engineer Joseph Strauss leading the design and with the team including architect Irving Morrow and engineer Charles Alton Ellis, was eventually constructed, at a cost of $35 million and completed almost two decades after its initial conception. 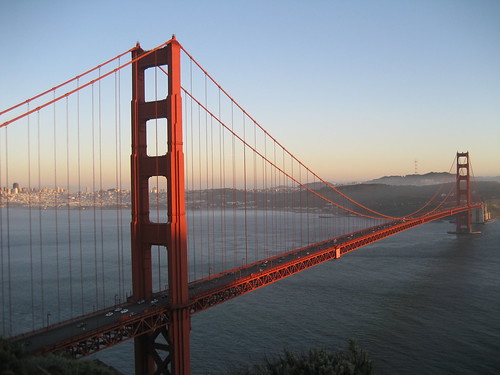 Today the Golden Gate Bridge can be appreciated from many viewpoints. One of the best ways is by taking a boat trip out onto the bay, perhaps visiting Alcatraz Island in the process. Or take a trip out at dusk, when the colour of the bridge – an orange vermillion called international orange – is at its most breath-taking. The colour was chosen both to complement the natural landscape and to promote visibility in foggy conditions.

If you want to explore the surrounding countryside by road, there are plenty of possibilities for car hire in San Francisco and heading for the Golden Gate National Recreation Area (GGNRA). Covering over 80,000 acres, it takes in a number of diverse and ecologically important landscapes around San Francisco Bay. It is one of the most visited National Parks in the country, with over 13 million annual visitors, and one of the biggest urban parks anywhere. A collection of areas rather than a single unit of land, it includes parts of the city and several famous attractions. Alcatraz Island itself is part of the GGNRA within the city limits, as are Lands’ End, a natural preserve; the Presidio of San Francisco, a military reservation; and the Sutro District, an historic quarter. 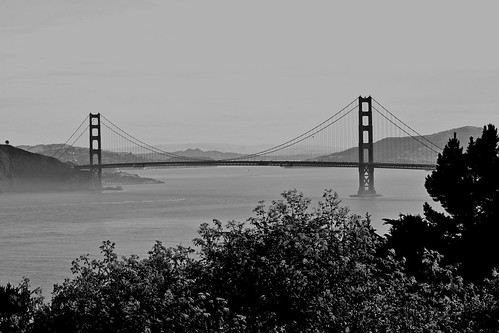 Sights to see in Marin County include the Muir Woods National Monument, a spectacular forest containing huge coastal redwoods, Douglas fir, maple and Californian bay laurel. Other woodland areas include Oakwood Valley and Olema Valley. The Headlands Center for the Arts is a renowned artists’ centre with many public events, including performances and lectures, from its artists in residence.

In San Mateo County, areas of interest include Milagra Ridge, a natural area home to many endangered species; Sweeney Ridge, with its World War II lookouts and pillboxes; the Phleger Estate, with its coastal redwoods; Mori Point, with restored wetlands; and Rancho Corral de Tierra, a relatively new grant of land.