Los Angeles: The Old, The New, And The Always Golden Purple and Gold

There are a few undeniable truths about the city of Los Angeles. It’s the city of stars, the mecca of entertaining people providing all sorts of entertainment. It’s always warm, unpredictable, and also is a city that never gets old. It’s always reinventing itself in some way that will make a person want to comeback, or venture their for the first time. L.A is always refurnishing itself with while never messing with the formula that makes it so appealing in the first place. It’s this last fact that guarantees L.A will always be good at two things: L.A will always have the hot new source of entertainment, and the Los Angeles Lakers will always be a serious contender for the NBA championship. It is again the last notion that people in L.A absolutely love, and that same notion creates tension, jealousy, and hostility towards the city of angels by people who have never been to California’s golden shores. 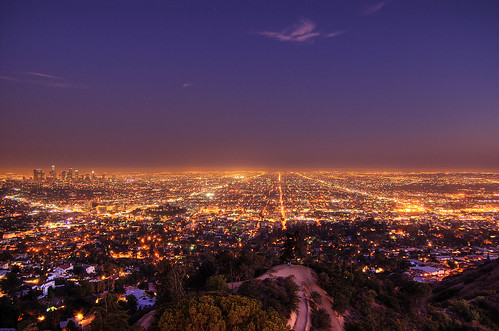 The Los Angeles Lakers just signed the great Canadian Steve Nash, and somehow traded for the biggest, strongest, and possibly most dramatic player in the game, Dwight Howard. If you don’t understand. or appreciate basketball just know that the Lakers have won five championships in the last decade. Not to shabby considering that’s half of the decade’s championship rings belonging to one organization and one man, Kobe Bryant. Now over the last two years the Lakers seemed to come back down to the earth where the rest of the NBA teams reside. They were kicked out of the playoffs forcefully the last two seasons. Both times they looked over-matched, old, and frustrated. Needless to say people outside of L.A assumed the karma train was finally coming round the bend, and the Kobe era was almost completely over. People who thought this just don’t know Los Angeles, or the Lakers very well. Within six weeks they grabbed a future hall of fame point guard, and the most dominate big man in the game since Shaquille O’Neal (who was responsible for three championships with the Lakers). The lesson as always: Never sleep on L.A because L.A never sleeps. They are like a rotating door, constantly moving, and always bringing in the next big thing without ever slowing down or taking a break. If you haven’t been to L.A get a bus, or check out the flights to Los Angeles because people always want to see the best, and the brightest. The playground and office of the newest, and the best happens to be the city of angels. 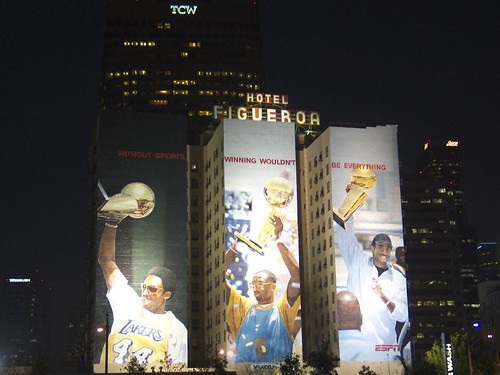