It’s funny to me when people ask me about hotels in places where I live. I mean, it’s perfectly understandable; when you want to know about a service in a particular location you ask the people who live in that location. But hotels are one of those few services that people who live in a place will generally never use.

I have a friend from Maine who recommends the hotel his family stayed in during a blizzard, due to widespread power outages, to people who visit him today. The blizzard occurred in like 1995. But he insists that this particular Motor Inn has power, and that they have awesome vending machines and they get Nickelodeon, which were the things he cared about in 1995. People usually just end up staying at his house or Googling hotels in that town. 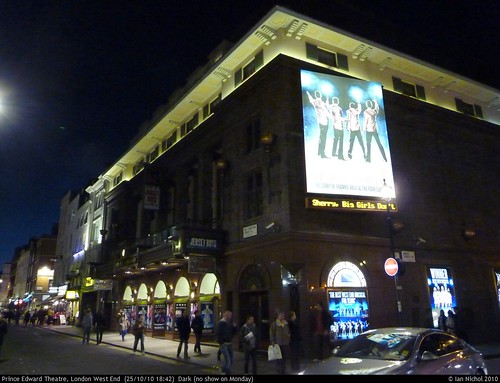 I’m not a native Londoner or anything, but I am starting to understand the city, its layout, and which side of the road cars drive on. (Not as easy as one might think.) But when it comes to London Hotels, I have no idea, because I’ve never stayed in a hotel here. So when my Mom came to visit me in London and see some West End Shows, and wanted a hotel recommendation, I had no idea. I told her I would research it, and I did, and I found some great websites and hotel deals, which you could also call Show & Stay

deals.  (I know what you’re thinking: you didn’t let your Mom stay with you? I’m living in a room rented from another family.)

But I realized the fact that I was in London gave me no real advantage in my search, outside of the fact that I kind of knew something about the various neighborhoods the hotels were in. And certainly getting the best deals these days requires you to go over the internet, or at very least, have an internet price to cite when talking to front desk people.

My mom got a great deal on a hotel.  But I don’t think me living in London had anything to do with it.