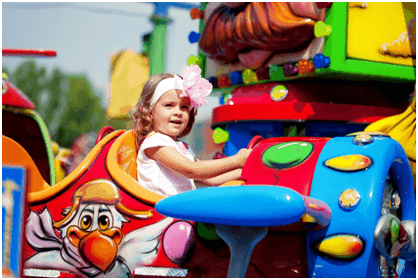 Everyone loves visiting Disneyland; it’s an iconic amusement park. However,if you’re traveling to Los Angeles, especially as a family, there are many more theme park options for you to enjoy. Why not frame your holiday upon visiting several of the area’s fun, quality parks?

To have the most time in the parks, rather than enjoying traffic on Los Angeles’s famous highways, it’s a good idea to plan ahead and book hotels nearest to the amusement park where you hope to spend most of your time. While all of the parks mentioned here are grouped in and around Los Angeles, the distances involved in driving from one to another can be rather large. Do your research on a site like Expedia to book the best hotels in Los Angeles

Let’s start our review with the biggest, brightest—and, as they say, “happiest”—of them all: Disneyland

. The park opened in the mid-1950s to general wonder. Now one of the top attractions in the Los Angeles area, Disneyland offers world-famous amusement park rides, live entertainment and themed park sections that bring to life various universes and characters from Disney’s panoply of stories.

Disneyland is located in Anaheim, just off of Interstate Highway 5 (I-5).

The other giant name in theme parks, visit Universal Studios

in conjunction with sightseeing trips to some of the other celebrity- and Hollywood-related attractions in the area. Parts of the Universal Studios property are real, working television and cinema studios. At the park you’ll find rides and exhibitions focusing on popular films and television shows. New this year is “Despicable Me: Minion Mayhem,” which will take visitors through the fictional training facility for the minion characters in the award-winning children’s film franchise.

Universal Studios is located in Hollywood, off of Highway 101.

If you hope to experience old-fashioned family fun at an amusement park without as many of the commercial trappings of characters and film marketing tie-ins, Knott’s Berry Farm

might be your favorite from this list. Knott’s Berry Farm offers living-history style areas themed on Americana. For example, you can visit a Wild-West-style “Ghost Town,” a Mexican-themed area and an area devoted to the characters from artist Charles Shultz’ beloved “Peanuts” characters.

Knott’s Berry Farm is located in Buena Park, near the intersection of I-5 and Highway 91.

If you love roller-coasters, buckle your seat-belt and get ready for Six Flags Magic Mountain

. This has some of the best rollercoasters in the world, and with 18 roller-coasters to enjoy you’ll be screaming in fearful glee all day long. Six Flags Magic Mountain opened in the 1970s and has been delighting adrenaline junkies ever since with its looping, dropping coasters and its splashy water-based rides that help beat the California heat.

Six Flags Magic Mountain is located in Valencia, near I-5. 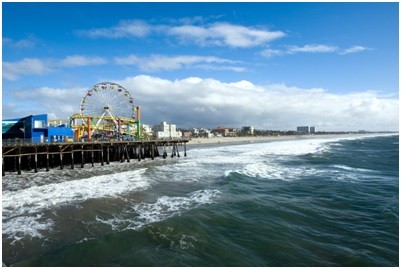 For a scaled-down but no less fun version of these themed parks, visit Pacific Park

. Built on a pier overlooking the beach, you can combine a day on the sand with an evening’s entertainment. There are 13 rides (including a solar-powered Ferris wheel). Unlike the other parks listed here, entrance to Pacific Park is completely free; you only pay for tickets to the attractions you choose to ride.

Pacific Park is located on the Santa Monica Pier, near the terminus of Interstate Highway 10.

Toymaker Lego is a Danish company, but their Legoland California

theme park definitely does not feel like Denmark—as you’ll notice when enjoying the water park, the only one in the Legoland franchise. Another opportunity for a great day out, Legoland offers both amusement-park-style rides and the delight of seeing miniature scenes done entirely out of everyone’s favorite plastic brick. This may be one of the best options for families with very small children or who want to amuse children of varying ages. The Duplo section of the park is aimed to satisfy toddlers and small children up to 5 years old.

Legoland is located south of Los Angeles, in Carlsbad, near I-5.

Moving farther south, San Diego’s Sea World and San Diego Zoo are more theme parks sure to delight you and your traveling companions. However, these are bit farther away, and you might need another trip to fit those in after all of the fun attractions of Los Angeles.