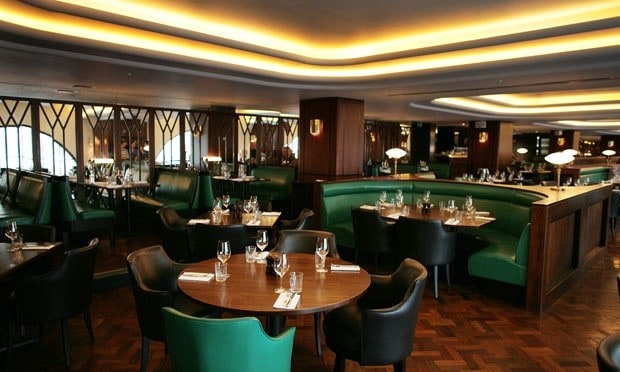 Must Try Restaurants in Central London

Planning a holiday to London to explore the food of the city? It’s hard to keep up with the food scene of London due to its rapid evolution and experimentation with ingredients and flavours.

From fine dining and fast food to a couple’s dinner, the capital of England has a host of urban and upscale places to eat at. Most of these places are scattered across the city, but in Central London, in the Borough of Kensington and Chelsea, there are several high quality restaurants that are known for their delectable and wholesome food. According to Wikipedia.org

, this borough is the smallest in London but is also the most densely populated due to several urban attractions and restaurants. If you are travelling to Kensington to explore such restaurants, then you are in for a treat. A good idea is to look for cheap hotels in Central London, in Chelsea and Kensington, so that you have easy transit options to the various restaurants in the area.

This restaurant is considered to be one of the top Indian dining spots and is responsible for pioneering the concept of the Indian grazing menu. If you wish to visit this renowned eating junction, book a budget hotel in Kensington, such as Eden Plaza Kensington Hotel, for comfortable accommodation and state of the art amenities at the most affordable rates. Such a hotel will also be close to the best restaurants in the Royal Borough. Amaya is located in Knightsbridge and features silk cushions, a dark-wood bar, sparkling chandeliers and other such over-the-top decorations to captivate the senses. The spectacular open kitchen allows the head chef and his assistants to show off their culinary skills. On your visit, you can get an occasional flash of scallops in an herb sauce, grilled rock oysters, beautifully-spiced lobster, and broccoli cooked in the tandoor, making you salivate. The delicious main course is followed by spectacular desserts, including sorbets, crème brulee, pomegranate granite and a lot more. This restaurant has an extensive selection of wine that can be matched according to your food.

Everyone is familiar with this cooking phenomenon and terror. Gordon Ramsay is known to make the best chefs in the world weep if they dish out substandard food. As a result, there is no question of being served low quality food in this three Michelin-starred restaurant. Be sure to save money by booking a budget hotel in London

, such as Eden Plaza Kensington Hotel, at the earliest, so that you can spend lavishly while visiting Chef Ramsay’s restaurant. It is essential to get a table booked in this restaurant at least a month in advance, since it is among the most sought after places by tourists and locals alike. Not only is the food legendary, you can count on the head chef to maintain top class standards, since his own reputation is at stake. So, what are you waiting for? Book your budget hotel in London today and visit the top of the line restaurants in the city.