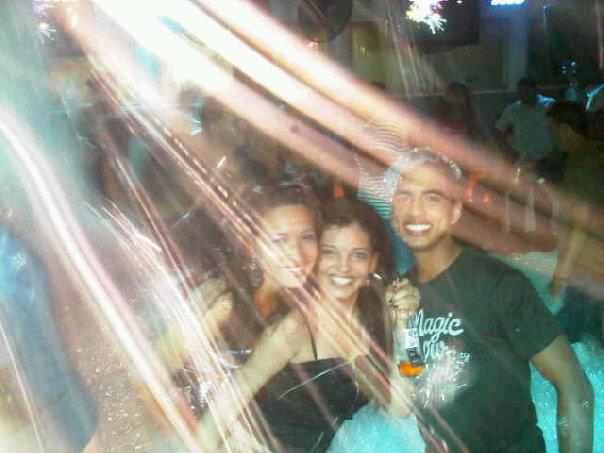 Party of the Year in Panama

I am back from whirlwind three week trip in Panama that took me from Panama City to Bocas del Toro, and Bocas del Toro back to Panama City. On the second go-around in Panama City I had one of those nights you will always remember. If you have not traveled I doubt you really know what it’s like. As Pancho Villa, the great Mexican conqueror said when he was slaying gringos, “La madera es timido, cuando el viento para”.  That powerful phrase sums up this night in Zona Viva, one of Panama City’s three or so nightlife districts.

As my friend Josh and I pulled up in our private taxi we had already wandered around other areas of the city disappointed with the nightlife. The taxi was nothing like a car hire in mallorca

. From Tantalos, the Miami-esque rooftop bar to Relic Bar, the gringo-latin dungeon bar; none of the places would lead to an exciting night. I knew it had to be Zona Viva or bust.

My biggest pet peeve are gringos who don’t bring identification or those who dress like a beach bum in flip flops. I would be loaded if I had $100 for every time I was with a group that was not dressed formal enough to meet the disco dress code standards. Well this time, I was the dummy who forgot his identification. It happens I guess.

The bouncer was a little unsure about letting us inside. But he got permission from the big boss to let us through the gates. Or maybe it was because we paid USD$5 cover just to enter the actual discoteca compound. The gates to Zona Viva led into a literal street of discos and nothing else. We rolled into the first one to find a USD$10 cover for a sizable club decked out with reggaeton fans, music, and bling. To say we were out of our element would be an understatement. The atmosphere was straight up latin hip hop. Guys dressed in the latest clothes you would see in a Pitbull or Daddy Yankee video. Socializing was at a minimum as everyone was huddled around their individual tables. Basically, under normal circumstances this would not be a fun night.

I said to Josh that we flew in all the way to Panama City for the weekend. We are going to make sure we try as hard as we can to have fun. With that said, I went over to the the bar and ordered a bottle of their cheapest stuff. A bottle of Seco

(sugar cane alcohol?) and cranberry juice. From then on out we took turns practicing our Spanish with whoever looked interesting. I can remember one of the dumbest things I said that night was to a girl in the VIP section celebrating a friend’s birthday.

“It’s so romantic it’s like I am Romeo with the ordinary people and you are Juliet in the VIP section. We are separated like a jail.” Or something like that. Of course that lead to a fun conversation. A lot of other silly stuff was said that night. Soon enough we were drinking with new friends. One of those new friends proceeded to take our bottle of seco and pour it down out throats. She did not stop. Then it just went spilling from my mouth onto my shirt. When she stopped, she went in for the kiss. Ughh……and I backed away as soon as my reflexes would let me. That was about half a second.

That’s when I saw another girl, and we got into deep conversation, when all of a sudden the sky rained down with foam.

Yes, this was all of a sudden a foam party. I think everyone knew it was coming except for us. It took me by surprise and left me completely disoriented. Josh and I were high-fiving at what a fun night it had been so far. I can hardly even dance but my reggaeton grinding skills even shocked myself that evening. Our new friends and us just played in the bubbles. We formed dance circles. We even huddled around as a group dancing and jumping in unison. It was special.

This went on for a while. Numbers were exchanged and a lot more fun was had. I thought I would never have any evidence of this night until the friend pictured below Facebooked me and I found photos I don’t even remember posing for.

I remember waking up feeling sticky. Then I remembered I was in a foam party. As I went to take a shower I found the water was out in the entire neighborhood. Bummer. So thankful I was clean from the foam from the night before I went back into bed with a grin on my face remembering the night before.