I’ve always been a beer guy. (Well not always. I was a milk guy, then a juice box guy, then a Caprisun sun guy, then a soda guy. But since I was old enough to start drinking alcohol, I’ve been a beer guy.) But now that I’m out of college and traveling full time, I’m becoming more interested in wine. As a traveler, wine is an interesting thing to know about because wine is universal. Virtually every country in the world has wine, so it’s not an area of knowledge that is useful in only one geographical area.

But it’s also useful to know about because in spite of its universal appeal, wine is also a very local product. Different regions in the same country can produce wildly different wines. So when traveling, one can know about wine while still learning about the wine produced at local vineyards and learn local lessons about wine that apply to this universal field of knowledge. My personal knowledge about wine is still very limited. Red or white is about as far as I go. But I’m trying to learn more, so I decided to visit some vineyards.

After some preliminary research I decided I wanted to see three vineyards that I could justifiably work into my travel plans. I would be in the UK for a little while, so I plan on visiting Nyetimber Vineyard

in West Sussex, which is renowned for it’s sparkling wines.

Being in Western Europe, and wanting an excuse to go back to Spain, I also decided I wanted to see a Spanish vineyard. Looks like one of the best Albarino producers in the world is in Spain. Pazo Senorans

only produces Albarino, which shows a single-mindedness of purpose that I respect.  Finally, since I was planning on heading back to the states sometime soon, I plan on stopping in to Quady Winery

in California’s central valley. There they make world renowned dessert wines, which is something I’ve only discovered recently but love to drink. 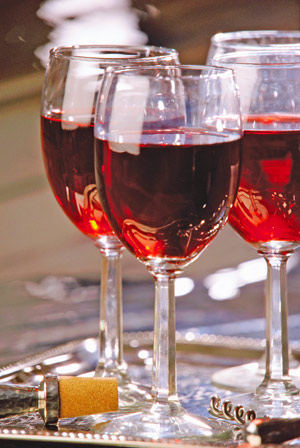 I figure between sparkling wines, Albarinos, and dessert wines, I’ll get a glimpse of the many techniques used to produce a wide range of wines. I also plan on drinking a lot of samples along the way.