So Nice They Named It Twice

Growing up in Philadelphia, and living there now, I always take New York City for granted. It is two hours down the road. Two hours. And there are flights to New York

from everywhere.  And yet I don’t go there very often. In fact, I think more about NYC while I’m traveling out of the country than when I’m at home, mainly because I meet foreigners who express such an interest in seeing New York City. (Many of whom are foreign girls in their early twenties who have watched way too much Sex in the City

, and don’t realize those cosmos are like $15, but whatever.) Or I see “I Love NY” shirts in cities all over the world. So sometimes it’s only in a place like Panama, where I was recently, that I remember “hey, I live two hours from one of the most iconic, interesting, busy, and important cities in the world. Maybe I should swing in when I get back.” 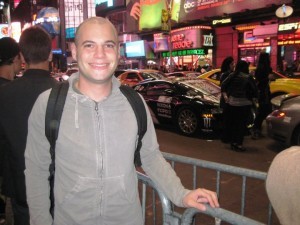 I did, and as always I got sucked into New York

. New York is not a place you hop into for a bit; once you are there you are committed and it swallows you up. And that’s what I love about it. There are only a few American cities with a true identity and character that are like nowhere else. I think the list goes something like Los Angeles, New Orleans, Miami, Las Vegas, maybe Chicago, and New York City. New York City is on that list not just because it has a defining trait like the others, but because it has so many things about it that stand out. There’s Wall Street, there’s Central Park, there’s Broadway, there’s the chic clubs and the great corner bars, there’s the amazing restaurants and the weird street performers, there’s the world powerful elite ruling the world financial systems  and there are the hipsters out in Brooklyn making all the music that will be huge in a year or two. 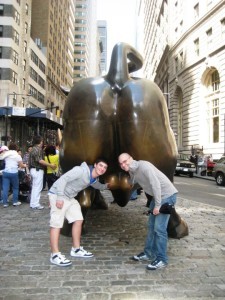 New York, I promise I won’t take you for granted ever again.