Around the world, meandering routes offer unforgettable settings for a motorbike holiday. Whether travelling through the mountains and valleys of the Alps or desert landscapes and forgotten towns, there are countless destinations to consider. Before embarking on your adventure, be sure to obtain travel insurance to give you peace of mind. 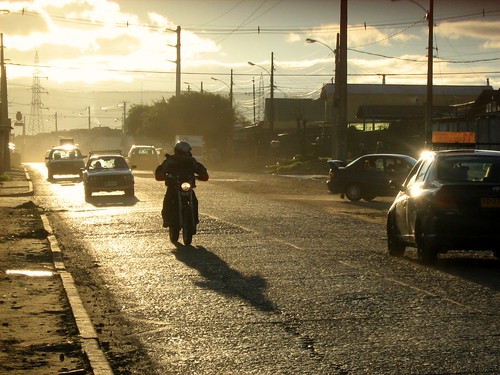 The Alps
The Alps in Europe offer a stunning backdrop for a motorcycle holiday. Alpine villages, pristine lakes, towering peaks and historic sites make is a dynamic destination. One of the most scenic routes is between Munich, Germany and Italy’s Dolomites. Riders traverse mountain passes and remote roads in the Bavarian and Austrian Alps before arriving in Italy. An alternative route is through Switzerland. From Zurich, travel east towards France’s Alsace and Savoie regions. The route takes bikers to picturesque towns and along some of Europe’s highest mountain roads, including Col du Calibier, Col d’Iseran and Cime de la Bonette.

Cote D’Azur and Provence
For a taste of luxury, motorcycle riders should look no further than France for a holiday on the road. Cote D’Azur and Provence are a perfect blend of sea, country and culture. The sunny Cote d’Azur offers visitors beautiful beaches amidst glamorous resort towns on the French Riviera. To the north, historic Provence is a more rural setting with picturesque countryside. Although a bustling tourist hotspot in summer months, routes are relatively less chaotic but still remarkable during cooler months.

Australia’s East Coast
Dramatic landscapes await riders as they travel along the East Coast of Australia. Begin in Melbourne and travel north to Brisbane along the Pacific Ocean. In Victoria, the route includes the exciting Great Ocean Drive, which hugs the coast as it passes iconic rock formations. Riders also have an opportunity to stop and experience the surf at secluded beaches. Other spots to explore some of the country’s most spectacular natural wonders are Yarrangobilly Caves in the Kosciuszko National Park and Heron Island at the Great Barrier Reef.

South Island, New Zealand
One of the most beautiful destinations in the world, the South Island of New Zealand is a striking place to visit. The island offers riders open roads and landscapes with snow-capped mountains, vast forests and sandy beaches. Highlights include the Marlborough Sounds in the north, the sweeping Southern Alps and Canterbury Plains in the centre of the island, and the tantalising mountain lakes and fiords in the south.

Travelling between Cape Town and Johannesburg is perhaps one of the most challenging and thrilling motorcycle journeys in the world. The route includes scenic roads along remote coastline and wilderness. For first-time visitors to South Africa, travelling between these two great cities is best with an organised tour. One of the route’s highlights is the Kruger National Park, one of the largest game reserves in Africa with Africa’s most iconic wildlife.