Wake up at 4Am from sleep you never got and put together the last arrangement before an airport shuttle arrives at 5AM. The flight from Miami to New York city leaves at 7:45 and strangely enough I swore I saw a friend I met in Brazil waiting next to me but I was too shy to ask if it was really him. Doubtful.

Continuing with the travels I wait from 11Am until 8PM in an airport cafe until boarding my flight for Kiev, Ukraine. The people waiting in line for the flight are of course a bunch of Ukraines, some Israelis, and then Americans. On the plane I sit next to two Israelis and of course my seat is next to the bathroom and does not recline at all.

For an hour and a half we sit anxiously waiting for takeoff while the engine turns on and off, waiting for its turn to fly away. The flight is pretty miserable after my laptop battery dies and I fully understand how uncomfortable my seat is. On a side note I did find myself chuckling at times when our Ukranian pilot spoke with a strong accent. He reminded me of a villain in an action film. We do arrive and I find myself passing customs rather uneventfully. I’m in Ukraine. 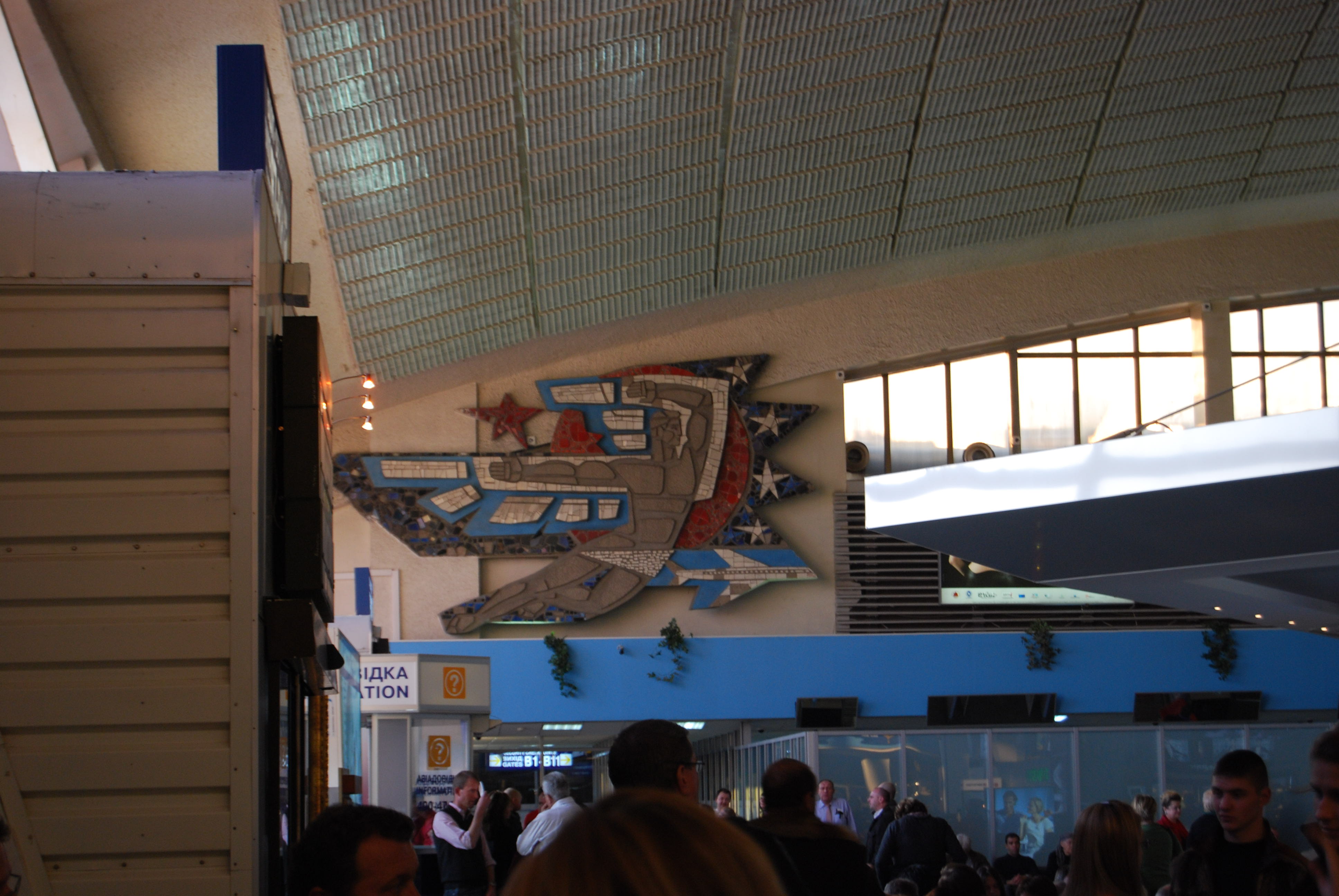 The first ATM is not working and I wonder whether maybe I am screwed. But the man behind me tries and its not working for him either. I had success at a second ATM withdrawing 1,000 HryVNA, about $125.00

I take my chances with a bus to the Central Train Station for$ 25 UAH rather than a taxi direct to my hostel for $200 UAH. On the bus this is my first look at Ukraine and for the first time since my first travels in South America I am seeing something different. My eyes are plastered to the window trying to process these new surroundings. The cryllic writings appear exotic.

I exit the bus tired and dirty in search of a taxi. I don’t know what taxis look like in this country. They definitely aren’t yellow. Private taxis are pretty common so I ended up in some mans car which calculated the fare by the kilometer, I soon understood once on our way. My Russian/Ukraine is limited to “excuse me”, “Yes”, “No”,  and “I don’t understand Russian” so our ride was dead silent.


The hostel is literally a small apartment inside a sort of alley in the best part of the city so finding the exact spot to drop me off was a bit difficult. Even after I entered the alley I walked up countless stairs in what looked like an abandoned building. I entered a small apartment they called a hostel and was immediately accused of never having made a reservation. Very convenient for them considering they were full.

The front desk clerk wrote me the address of a hostel nearby in English, though its my fault not asking her to write it in Cyrillic. I soon left armed with all of my belongings on my back. It can be difficult to navigate Kiev at first because in order to cross most streets you need to go underground through the subway tunnels. It’s a bit disorienting. I walked another hour rather than the 10 minutes. She told me it was next to a bank and that this time the hostel wasn’t in an alley. There are over 30 banks on this street and the hostel was actually in an Alley. The hostel name was the name of the biggest, most popular street which did not help.

I did find the hostel on my own.

This adventure reminded me of something I have experienced countless times. The most insignificant accomplishments, like finding an address, can feel amazing.