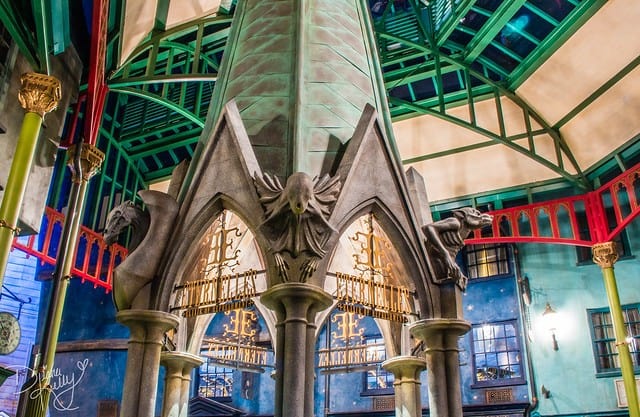 Ultimate Vacation Guide: 3 Things You Must Do On Your Universal Orlando Vacation

Memorial Day has come and gone, school will soon be out, and the weather is getting warmer. It can only mean one thing: summer is almost upon is, and theme park season in the U.S. will soon be in full swing. If you plans include heading south to soak up some sun this summer – with or without kids – making a stop at Universal Orlando Resort is a must. With three parks in one, Universal Orlando provides the ultimate summer theme park experience. (It’s no wonder that they’ll be opening an “Endless Summer” Resort in June). From meet and greets with your favorite movie characters – Minions, anyone? – to high-octane thrill rides, immersive themed lands, and even a tropical waterpark complete with refreshing adult beverages, Universal has everything you could possibly want in a theme park destination. All the options can be overwhelming, though, so we’ve narrowed down the highlights you’ll want to make sure you hit. Here’s our guide to the 3 things you absolutely must do on your Universal Orlando getaway.

Ready to book your trip? Snag the best deals on Universal Orlando tickets, where you can buy 2 days, get 3 days free.

Relive Your Childhood at the Wizarding World of Harry Potter

School’s out for the summer – and that means Wizarding School, too! The Wizarding World of Harry Potter is still in full swing, however, and you won’t want to miss the chance to wander around Hogsmeade and Diagon Alley in the sunshine. Cool off by sipping a frothy frozen Butterbeer or two. Plus, this summer, you can catch the new Nighttime Lights at Hogwarts Castle show, and get a sneak peek at the all-new Hagrid’s Magical Creatures Motorbike Adventure roller coaster, which will officially open on June 13, 2019.

Keep Your Cool at Volcano Bay

When it comes to theme parks, water parks can sometimes seem like an unnecessary add-on –  you’re there to ride rides, not go swimming, right? Universal’s Volcano Bay is exactly the opposite, a paradise-like destination all its own that you don’t want to miss in the midst of everything else happening in the parks. The park’s central feature is Krakatau, a gorgeous 200-foot-tall volcano waterfall around which you can lounge on a sandy beach. The theming doesn’t stop there, though – all of the slides have Hawaiian names, and the adult beverages are a sip of paradise. Throw back some Vol’s Fire Punch (rum, pineapple juice, agave, Sprite, grenadine), Ko’okiri Plunge (tequila, fresh tamarind juice, lime juice), or a Wai-Watermelon (vodka, watermelon syrup, fresh raspberries and watermelon) to prove that water parks are for adults, too.

After a long day of attraction riding, there’s no better way to end your time at Universal Orlando than with the theme park’s signature show. Universal has always made good on its promise to let you “ride the movies,” and much of the resort’s charm comes from its movie-backlot layout, allowing you to traverse the Hollywood of yesteryear in between eye-popping thrills rides based on your favorite films. The culmination of this theming is Universal Orlando’s Cinematic Celebration, a 20-minute tribute to the studio’s films, from E.T. to Fast and Furious, featuring light, water effects, pyrotechnics and more. No trip to Universal would be complete without seeing it.