What It’s Like to Live Aboard a Cruise Ship: A Day in Your Steward’s Life

Working on a cruise ship is a wholly unique experience that’s not like any other job. Stewards on cruise ships do not simply work onboard, they also live aboard a cruise ship. Take a look at a day in your steward’s life, and look at all the ways this occupation is set apart from others.

Working Where You Live 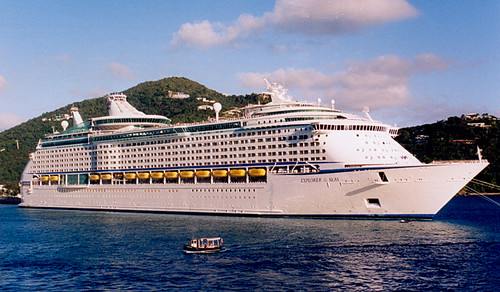 Cruise ships hire a number of crew members and support staff to keep the ship functioning and keep all the guests happy. Crew members who work aboard the ship have access to the crew-only decks, and live with other crew members in their own quarters on the ship.

Often, two or more decks of the ship are reserved for crew and staff members. In addition to cabins for sleeping and storing personal belongings, the crew areas often have game rooms, dining rooms, exercise rooms and other common-area rooms that provide entertainment and recreation. Some ships even have a crew-only store that offers sundry items like toothpaste and snacks. A bar or longue area may also be included in the crew area, depending upon the ship. The best cruise ships

offer many different amenities to crew and staff members. Some even have a separate crew deck with a swimming pool.

The crew cabins generally aren’t very large, but they do have all the comforts of home. Private bathroom facilities and televisions are often included. Some ships even have crew-only television channels. Often, crew cabins hold two to four staff members who share. Ships strive to give crew members everything they need to live and work comfortably, because working on a ship is a week-long job. Ship staff and crew work 7 days a week, but they get hours off in-between each of their shifts. 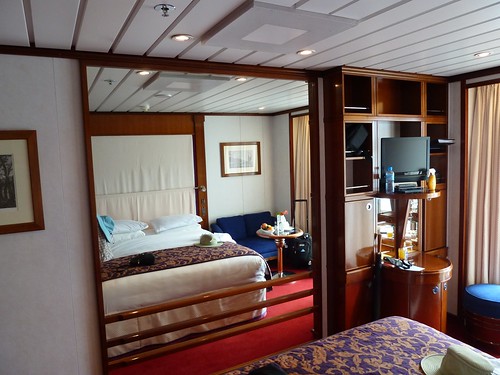 Ship stewards are responsible for keeping the cabins clean. They make beds, vacuum floors and re-stock cabin items, but heavy cleaning is not the norm. Guests aboard ships rarely stay in their cabins, because ships are designed to provide entertainment 24 hours a day. Stewards receive a wage for cleaning cabins, in addition to the amenities and free meals provided as part of the job, but they are also allowed to accept tips. Stewards may also see to other guest services, like laundry, and help passengers with their questions and concerns.

for 8 to 12 months. This means that stewards travel to many different locations, maybe even around the entire world, during each contract. When the ship is in port, stewards are allowed to use their off hours to explore, shop, relax and do whatever they like. 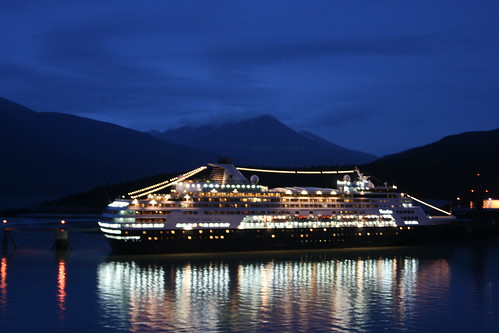 Stewards need no special education, yet the job pays very well. The salary median is $48,000 annually, and the cruise ship industry is a steady business. Cruise ships are designed to function as floating cities, so there’s plenty to see and do onboard even when the ship is at sea. Because passengers and crew members from all over the world may be on the ship at any given time, stewards have the chance to meet and interact with many different types of people.

often clean rooms in the morning and have a little time off in the afternoons to see to their own needs and enjoy ship life. In the evenings, they go to work again to prepare the cabins for guests, leaving the nights free for enjoyment and sleeping. In-between their duties, stewards can take advantage of ship life and all the exotic locations where the ship docks.