When You’re a Cheesemonger in Paris: A Quick Guide to French Cheese

In France, cheese is serious business. With over 350 distinct varieties of cheese produced in its borders, French cheese boasts an impressive array of flavors, smells, nomenclature, milks, rinds and aging processes. While the most certain path to understanding and appreciating its ins and outs are the delights of eating it, a closer look at how French cheese is categorized — and even protected — will provide valuable insight as well. 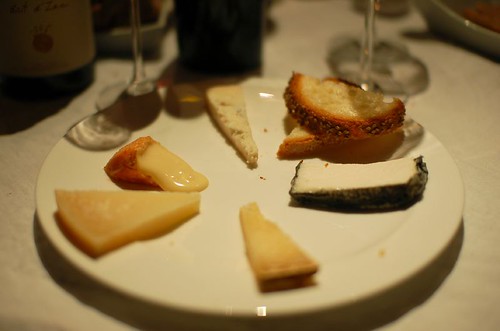 Cheese in France certainly contains a dizzying array of delectable information. Charles de Gaulle once famously complained of governing the French people by asking, “How can you govern a country that has 246 varieties of cheese?” The varieties have gone up in number, but the mystery and its delicious pull remain as high as ever. If you are about to book a flight and search for a hotel for a Parisian getaway

, and would like to brush up on your knowledge of the country’s cuisine, arm yourself with the following cheese information. Then, you will experience an even more delicious side of France.

The 4 Families (or Categories) of Cheese Production

French cheese is broken down into four distinct categories that distinguish the ways the cheese was produced.

(or AOC) is the French government’s highest cheese award and rating. Currently, some 45 to 56 cheeses enjoy this distinction and the protections that come along with it. Only the finest cheeses (butters and wines can also be distinguished in this fashion) are granted this award. To achieve it, a cheese must have been made using only specific ingredients from a specific region following a specific age-old process. AOC has a history dating back to the 15th century when Roquefort was first regulated by parliamentary decree. The AOC distinction — in addition to making demands on the dairies that produce the cheeses — also offers protection to those who still make cheese according to the rules and ways of generations that are long gone. Not just anyone can make a Camembert: It must be made in Normandy from the milk of cows raised and pastured in Normandy. An AOC rating guarantees a certain market protection for the cheesemakers who have earned it.

Some cheeses, like fruits and vegetables, have a season that they are at their peak. When you’re out and about in a Parisian fromagerie, the best thing to do is to ask the shop owner about what is currently in season they are carrying; here are a few standards — and their reasoning:

French cheese is a tradition that predates its own record-keeping. Varieties that made kings swoon have been kept and preserved for hundreds of years and are thankfully still available to everyday people. The next time you’re in Paris, hunker down at a good cheese shop, seek out some specialty items, and let your eyes roll back in their sockets.